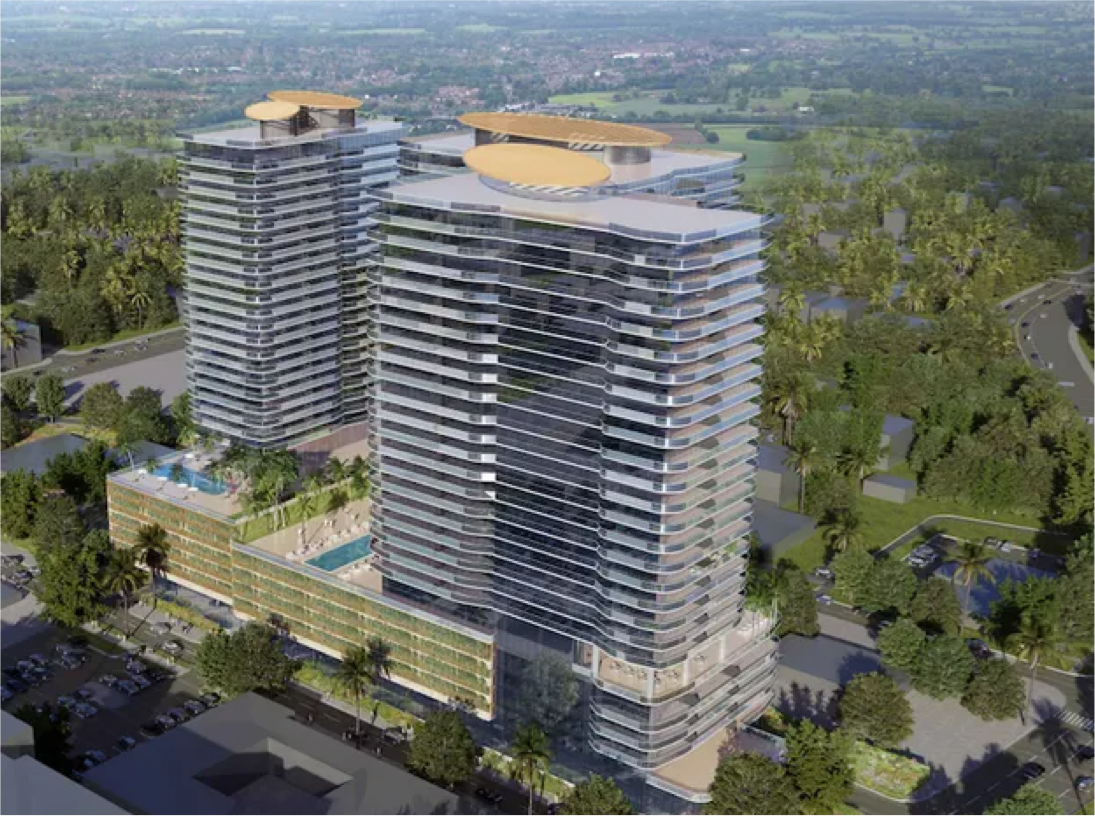 Olara Residences, by Savanna Fund, would be built on about 3 acres along North Flagler Drive, between Butler and Pine streets.

The property, at 1919 N . Flagler Dr . , is in the newly created Currie Mixed Use District, fashioned last year to encourage development around Currie Park and the waterfront north of the downtown.

In 2021 , entities linked to Savanna Fund paid $ 19 . 4 million for parcels along North Flagler Drive bounded by Butler on the north side and Pine on the south, according to Palm Beach County property records.

These purchases took place amid the explosion of migration to Palm Beach County during the coronavirus pandemic as people left crowded cities in the Northeast and Midwest for South Florida’s sunny climes.

If built, Olara would be the first project created out of the newly zoned area along the Intracoastal Waterway.

Rick Greene, the city’s development services director, said the project “could be a stimulus” for other projects contemplated in that part of the city.

Already, Temple Israel, which is part of this special zoning district, is negotiating to sell its waterfront property to a real estate developer, sources said.

New zoning rules now would allow a 202 – foot building to be constructed on the 1 . 5 – acre temple property.

Martin List, a real estate broker and the temple’s president, acknowledged he has met with different developers interested in the temple land.

“But at this point, we are not under contract with any developer,” List said.

Temple Israel is the oldest Jewish organization in Palm Beach County and is the only Reform synagogue in West Palm Beach.

Olara’s twin towers : One will be 26 stories ; the other 28 stories

According to plans submitted to the city, Olara would consist of two towers soaring past 300 feet.

The east tower would have 315 condo units in a 26 – story tower rising 306 feet at Pine Street and North Flagler Drive . The condominium would feature three pools, a fitness room and spa.

A second, west tower would feature 164 units in a 28 – tower also rising 306 feet, according to documents submitted to the city . The apartments would have amenities similar to the condominiums but also would include a teen lounge and a conference area.

Both towers would have views of the Intracoastal, Palm Beach and the Atlantic Ocean.

On the ground floor, some 33 , 265 square feet of retail is planned, including a cafe along Butler Street and a restaurant along North Flagler.

Down the line, details of a marina also will be unveiled, a Savanna Fund spokesperson said . But no mention of a marina was included in this week’s submission to the city.

Under the new zoning district, the Savanna Fund – owned blocks are zoned for buildings rising as tall as 202 feet.

But provisions in the district allow towers to go higher in exchange for meeting certain standards . These include providing public benefits and using “green” building standards.

In its application, Savanna invoked those provisions, requesting an extra 100 feet of height for each tower in exchange for adding trees, shrubs and benches along the streets bordering the property.