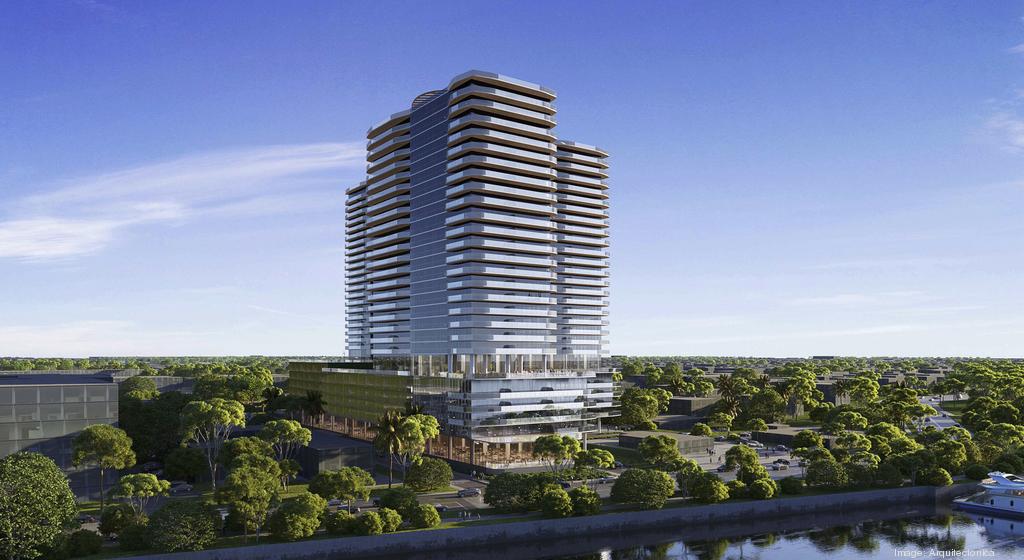 New York – based Savanna revealed plans for a three – tower residential project across from the Intracoastal Waterway in West Palm Beach.

Olara Residences would have 315 condos and 170 apartments . The project would have over 70 , 000 square feet of amenities, including two pools, a fitness center, a waterfront restaurant, a lounge, a coworking space, and a marina with boat slips.

Savanna retained Douglas Elliman as the broker and anticipates launching sales this fall . It has not announced floor plans nor pricing for the condominiums.

The developer is working with Miami – based Arquitectonica as the architect and New York – based Gabellini Sheppard Associates as its interior designer . The project has yet to receive final approval from the city.

There has been a push by developers to build luxury condos along the Intracoastal Waterway in West Palm Beach after the developers of Bristol Palm Beach obtained record – breaking prices for its units several years ago.

More wealthy people have relocated to South Florida from high – tax states, but homes in the town of Palm Beach, across the waterway, are decades old . The developers are catering to buyers who prefer condos with modern amenities, which can often be sold at a lower price per square foot compared to the older condos in Palm Beach.